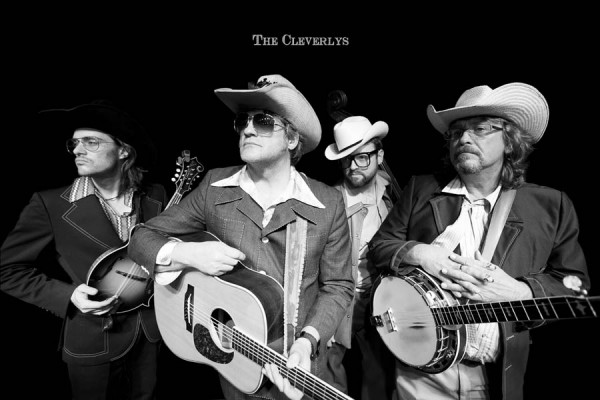 Moonstruck Management is excited to announce they have signed The Cleverlys to the agency.  Their one-of-a-kind comedy/music blend can only be described as a “GrassHipPop Fushion” with hilarious covers from “Gangnam Style” to Beyoncé’s “Single Ladies” taking them to some of the hottest stages around the country.

“We are so excited to partner with Moonstruck! Josh has been stalking us for a while now, and I noticed his hard work and dedication to his stable. Even at gun point I can feel the love. This is going to be an amazing kidnapping…I mean partnership,” said Digger Cleverly.

Rolling Stone Magazine says Digger’s “out-of-date eyeglasses are as thick as his hillbilly accent, but whose comic sensibilities are a hilariously off-kilter hybrid of Homer & Jethro and The Office.” The publication highlighted The Cleverlys’ “uncaged cover of Red Hot Chili Peppers’ ‘By the Way‘ from their latest six-song EP, Cash Crop, released on the Average Joes Entertainment label and produced by Noah Gordon. Cash Crop is available now on iTunes.

Digger is joined by his faux-family band are all accomplished musicians, their influences include Bill Monroe, Tony Rice, Public Enemy and Mott the Hoople.  As heard from previous Cleverly releases, Cash Crop showcases the group’s ability to put a bluegrass spin on cover songs from any genre. The genius arrangements of covers by Digger Cleverly has created incredible viral success with millions of views.

“I have been a fan of The Cleverlys for the last 4-5 years. Their stage show is one of the most entertaining and well-crafted shows in music today,” said Josh Trivett. “I booked them for the 2016 Huck Finn Festival in California that Moonstruck Management was organizing. Once again, we watched them wow a crowd like no other band. I was so excited when Digger called me back in September and couldn’t be more excited about the future.”